Operatives of the Plateau State Command have apprehended a suspect who allegedly harvested his girlfriend’s body part for rituals.

Recall that Naija News earlier reported that the deceased identified as Jennifer Anthony was last seen in the company of her boyfriend. She was later found in a hotel with her eyes gouged out and other body parts missing.

Jennifer who was a 300 level student of the Department of Special Education and Rehabilitation Science of the University of Jos was lured to the Domus Pacis lodge along Zaria road Jos.

Confirming the development to journalists in Plateau State at the Police Command Headquarters in Jos, Commissioner of Police in the State, Bartholomew Onyeka said, “Following the gruesome murder of Miss Jennifer Anthony, a 300-level student of the University of Jos whose lifeless body was found mutilated on 1st January 2022 at Domus Pacis Guest House, Jos, by a man named Moses Oko aged 20 years.” 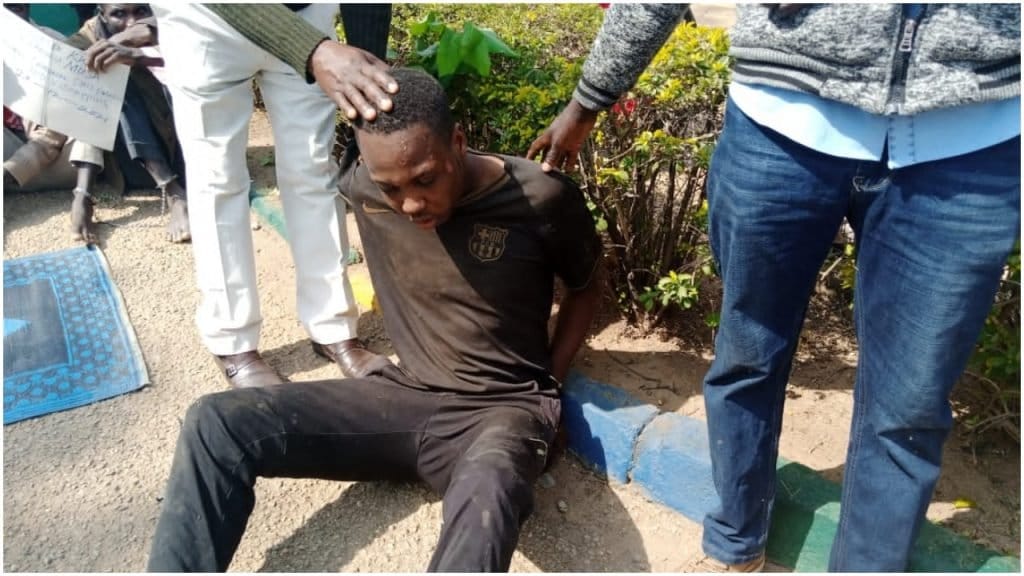 The CP added, “Oko is suspected to be her boyfriend who fled after committing the crime.

“The Command in a bid to arrest the perpetrator launched an aggressive manhunt on the suspect and tactically trailed him to Benue State where he was arrested by hawked-eye police operatives of the Command.”

Onyeka said the suspect will be arraigned in court as soon as the investigation is completed.

Also,  human rights activist, Israel Joe, who confirmed the news of the arrest on Facebook said that justice has finally been served.

He wrote: ‘The idiot who killed Jennifer Anthony, 300 level UNIJOS student and plucked off her eyes for ritual purpose has been caught and arrested by the police. Karma is so beautiful.’’ Barber Stabs Neighbour To Death For Admiring His Pregnant Wife.

You may have missed

Watch And Download Video Of Lagos Island Girl Sleeping With A Dog.

Watch And Download Video Of Lagos Island Girl Sleeping With A Dog.

February 9, 2022
Suspect Reveals How He Killed Teenager And Demanded Ransom.